A survivor of cancer, Tamara Hunter, is determined to see that no one faces cancer alone. Tamera is the President and Co-founder of a nonprofit 501(c)3 called Chemo Buddies 4Life with a mission to end isolation during diagnosis, treatment, recovery and the “new normal” life after cancer. She has created “The Buddies Network” that believes in Healing through Connections.

Tamara and her teams are preparing for Chemo Buddies 4life 2nd Annual Give*A*Thon being held on December 3, 2019. The goal is to raise funds, educate, and bring awareness that the buddies are going global.

Tamara won the first “Next Impactor” competition on August 30, 2019 which is a global competition that looks for people who have impactful messages, missions, talents or professions to broadcast across the globe. Tamera’s passion and belief in her mission will take the $500K prize package from the competition and take Chemo Buddies 4Life out to the world one buddy at a time.

Last year, Tamara was invited to join, “The Speaker’s Coalition” as an Executive Training Director. The Coalition asked that she share and train others how to build movements and causes via nonprofits, for-profits with a cause, or for-profits that team with nonprofits thus creating marketing relationships.

Her passion is to help others understand that they, too, can make a difference.

The creator of the show/program Service Heroes, Tamara celebrates service through Facebook Lives. “365 Days of Awesome; Celebrate Success Through Service” highlights and honors a Service Heroes or service concept daily. Tamara is creating and bringing a service-driven movement that encourages us all to find our own Service Hero within. 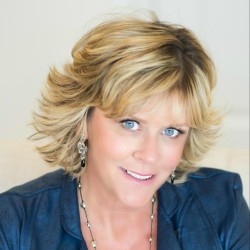